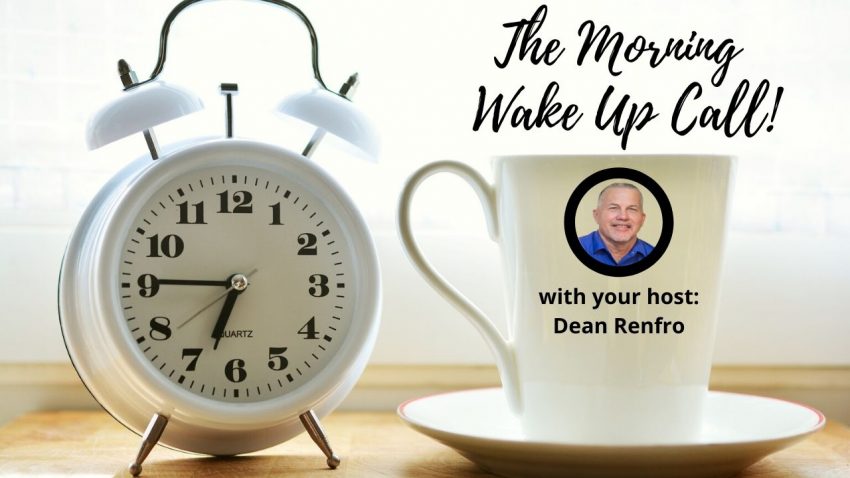 Show Host Dean RenfroHey, well, welcome to the morning. Wake up, call. We're glad you're here with us today. My name is Dean. We're so excited for you to be here and we hope to inspire you, inform you and hopefully give you some insight into yourself so that you can grow your business and change your whirlwind community. We've been talking about the nine Gates that you have to get through to be able to get through to somebody, whether they're a patient customer or client. If you're trying to have a conversation with about the opportunity that you have for them to provide your service or product, if you remember that first gate on the last call, that first gate was about the big question. Is this person for real? Are you for real? That's the question everybody first asked when they, when there's a conversation started, is this person for real, are they being authentic?

Because we live in a world that is often mask about who somebody really is. It's a question that everybody's always asking is this is this person for real, is this person for Kent? Is this person authentic? Well, the thing you and I have to do, of course, as we talked about on that call is find at least one trait of our character that we can put out there that people will believe is authentic and real. And that is so important, but that leads us to the second gate that we have to get through. And that is the question that people are asking in their mind, is this person telling me the truth is what they're saying really true. And that comes around to the one word believability, And oftentimes it is more scent than ever known by the person we're talking to. It's they get a sense. We've all been there. We all, we've all participated in this dance of somebody being believable. Now it's real easy to sabotage believability.

And oftentimes that's come when you just share everything that is, you do a dump on somebody and you tell them all about yourself and how great you are and how great your product is. And while this is perfect and everybody kind of cocks up when I goes really, really, I don't know if that's believable, it's that whole adage of if it's too good to be true, it probably is. And all the times we create that in our zeal to help people understand that what we have is something they really need and it's perfect for them, but it becomes unbelievable in their mind all the times. It is. It comes about when we push a little too hard to make promises and commitments that aren't really necessary. That aren't really a part of what really needs to happen and getting people to come aboard with what we're trying to put in front of them all the time. It is done in the process where we're people are just have a difficult time believing example of that would be in the real estate market where people can learn, can learn how to invest and make money off of tax liens.

See the property is covered by the real estate itself. It is also backed up by the city entity, the County empty the state and or the state government, any one of those entities that guarantee that the, that, that what's owed on the property will be paid to the lien holder before the property can be transferred for sale gifted or inherited. So literally it is impossible for you to lose your money. Oftentimes there's eight to 10% or 16%, excuse me, a money made per year as it sits there. So reality is a passbook savings account, really at the bank that pays huge interest.

But if you tell everybody this, they're thinking, this what you're thinking, that's too good to be true. There's got to be a catch. So you can't share all of that in one sitting, you can't just dump this on people and act like you got to do this. It's too good to be true. You can't miss out on passing up on this. We can close. We can talk ourself right out of the sale. If we share too much and we make it, it's not believable. I can't believe this person. So oftentimes we have to find that. Then what we have to do is we have to get them to believe us, not necessarily the product that we're offering or the service that we're wanting to deliver. They have to believe us. This is often done by what Dan Kennedy calls the preponderance of proof. This is where it becomes really important for us to have testimonials and stories from other clients or customers or our people who have been a part of our product or service that can tell the story for us.

It also points to the fact of how important reviews are on a product or service. Think about it for a moment. She went online to search for something to buy it. And you look there. And there was one company that had five reviews. They had a four, they had a four star rating, meaning that there's some, one of their had a bad, I had a bad one somewhere in there. And you looked over here and here was another company that had hundreds of stars, which, which company are you more likely to go to? The one that has all this good reviews, the one that is like, wow, they have, they, they, they follow up on their service. They make, they stand good for their product, et cetera, et cetera, et cetera. Why? Because it becomes important. The preponderance of proof is over whelming.

You and I have to create our own context of believability and be prepared in the process of how to present that so that the customer PR client, our patient believes us believes us. So no hurried slam dunk cell, and no hurry in to get the prospect through the process before they hang up on us or close the door or say, I'm not interested is creating belief ability. The third gate we're going to talk about today is along with this whole thing about believability is credibility. Does this person know what they're talking about? You know, we've all ran into those people that just overwhelmed us with information, but yet really didn't tell us anything. Like, I don't know if they really know what this is this product does or this services about, or how it really works. I remember growing up as a kid, this was long before nail a pneumatic nail.

Nail Guns came along. It was long before they were a cordless nail guns. It was a hammer and a nail. We built these huge barns for farmers to either store hay or feed their cattle or feed their horses. And they were used. Sometimes they would be, you know, a hundred feet wide and three or 400 feet long, or 200 feet wide and a thousand feet long. They would be huge. And we ever, everything was done with nails and a hammer. So when dad would go to buy, I don't want to, when dad would go to hire a new person, a new person to work on the crew, he had this ritual that he did because he said the most important thing that we do on this job is drive a nail. And if you can't drive a nail in the street and you're not working for me.

So he had this test, he had three hammers. One was a pretty used hammer. One was a brand new hammer. And one was kind of somewhere in between. It's kind of a cheap looking hammer because the nails that we drove in those, uh, to build those barn for like six and seven inches long, and they had a spiral through them because as you drove them in, they spun themselves into the wood. And dad would set up a block and asked him to drive a nail. He would have watched what's hammer. They picked up and he would watch to see if they could drive it straight. Cause if they bent the nail, either because they chose the wrong hammer are because they couldn't hit it straight. They didn't get hired. Why? Because dad wanted to know, are you credible? When you say that you, that you've driven nails before, because that was the basic principle.

I mean, that was the basic activity that we all had to do. So I remember as a kid over and over and over and over driving nails into wood and learning how to use a hammer and how to swing a hammer properly and how to pick the right hammer and how to, how to fine tune when I hammer. Yeah, you can, you may have not known this and maybe you learned something today is you can fine tune with a hammer. You can find 10 and a half. And you see when a hammer comes in brand new from the manufacturer and there's this sleek, polished head on it. That's kind of dome shape that is useless for driving a nail straight. That's why when you hit the nail, it slides off to the side and the nail beds. You have to file that David flat and keep it fall flat.

If you want to drive a straight nail, is he demonstrating to people that you are credible? That because you know, what you're talking about is huge in the process now where you can do that in today's world, it's often done with video, it's often done with a product demonstration it's often done with a pamphlet that marks out how all this works, how all this flows is really, really important. So, so far we've talked about three Gates. The gate of being authentic to people, look at you and goes, this person know for real or not find that within you can come out to help people believe you're real. You're a real person. 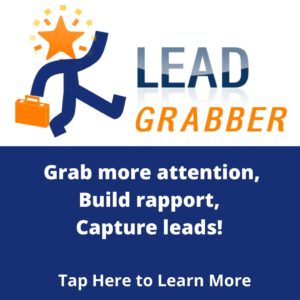